British Crumpets to Die For!

Crumpets are an Anglo-Saxon invention. Initially, they were hard pancakes baked on a griddle. The term has Celtic origins and dates from the 1600’s and is related to the Breton “kranpoez” ( a thin, flat pancake) or the Welch type of pancake called, ‘crempog”. Today’s version likely developed in the Victorian era, when bakers added yeast and baking powder to the recipe. Before being served, generously butter, and often sprinkled with a pinch of salt. They may be topped with a poached egg or a slice of bacon or smeared with honey jam, or syrup. In our recipe, we made a batch of Orange Blossom Whipped Honey Butter, a real treat and easy to make.

This recipe is a weekend treat and so much fun to make. Though they require a little bit of patience, they are beyond worth the time and effort. If you make a larger batch you can freeze or refrigerate and top in the toaster to reheat later in the week. Just like cooking a batch of pancakes, if your first one or two don’t turn out, be patient – it only takes a few to get the hang of it.

Put the butter in a bowl and beat with an electric hand mixer until soft and whipped. Add honey and beat until combined.  (don’t overbeat or butter will separate) Stir in about a tsp of orange zest. Store in a cool spot until ready to use. 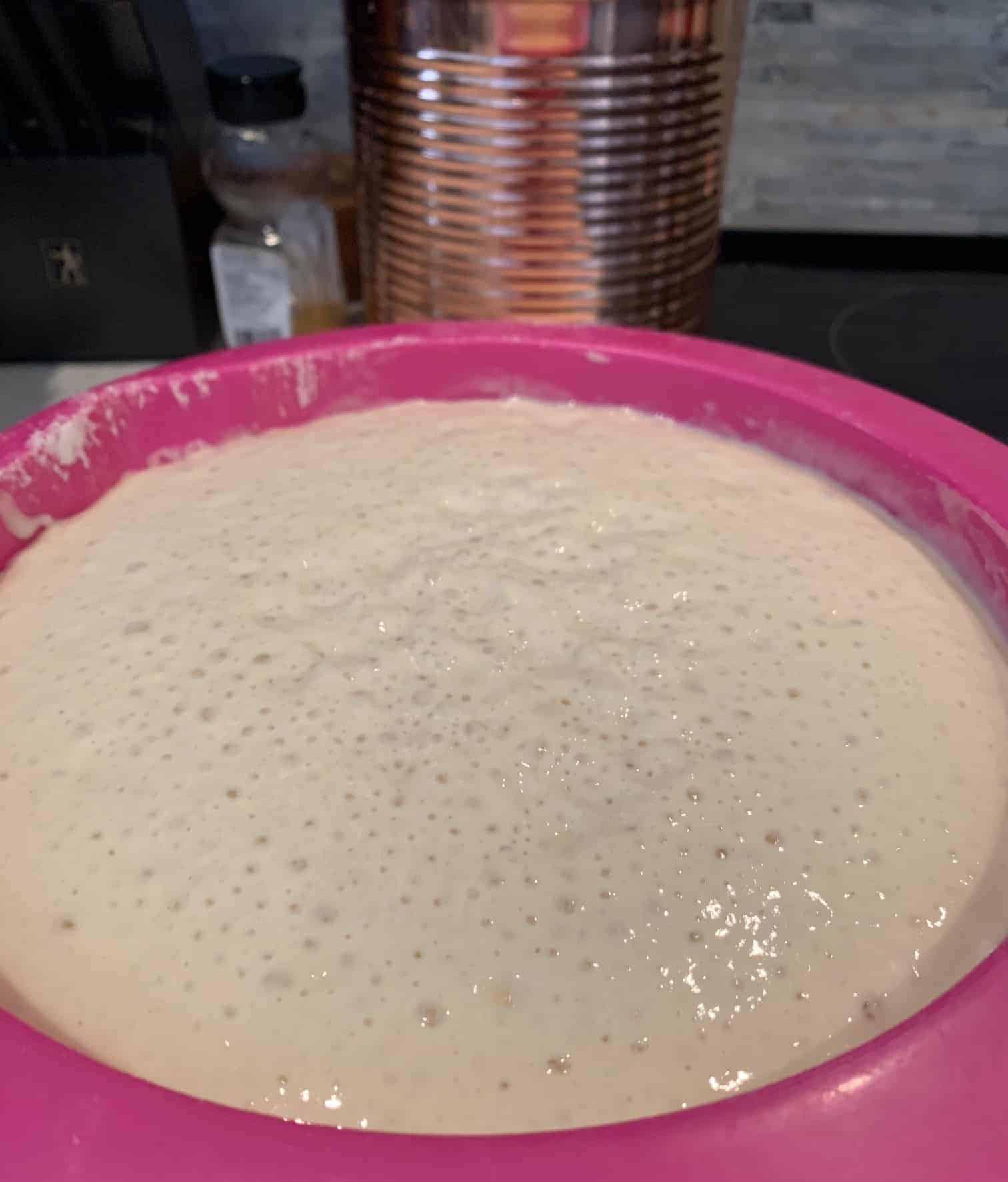 1. You will see that the mixture is very bubbly and frothy in the pink bowl.  If your mixture doesn’t look like this then your final product will not have the bubbles and holes in the crumpets.  Be sure that your yeast is activated and very frothy in the warm milk to achieve these results. Sometimes yeast expires and just won’t do its job. Be careful not to stir after the batter has proofed to retain the bubbles.
2. During the cooking process, grab a pair of tongs and carefully lift the ring after 4 minutes (with the still crumpet inside) and peek at the bottom to see how fast or slow it is cooking.  If the mixture seems too wet yet the bottom is browning quickly, adjust the heat slightly.
3. Not getting  bubbles bursting through? Maybe your batter is too thick – your batter should be like loose pancake batter. The consistency of the batter is key to success, and it’s a changeable thing. It’s worth noting that the batter thickens during standing, so after you’ve cooked your first batch, you may need to thin the batter with a little lukewarm water or milk before you start cooking the next batch. If the batter is too thick, the holes won’t be able to force their way through to the top, and the result will be what is known as a blind crumpet, lacking the characteristic honeycomb texture. That said, add too much liquid and batter will run out from under the rings, so be judicious and add just a little liquid at a time.
4. Use a non-stick skillet for ease…. 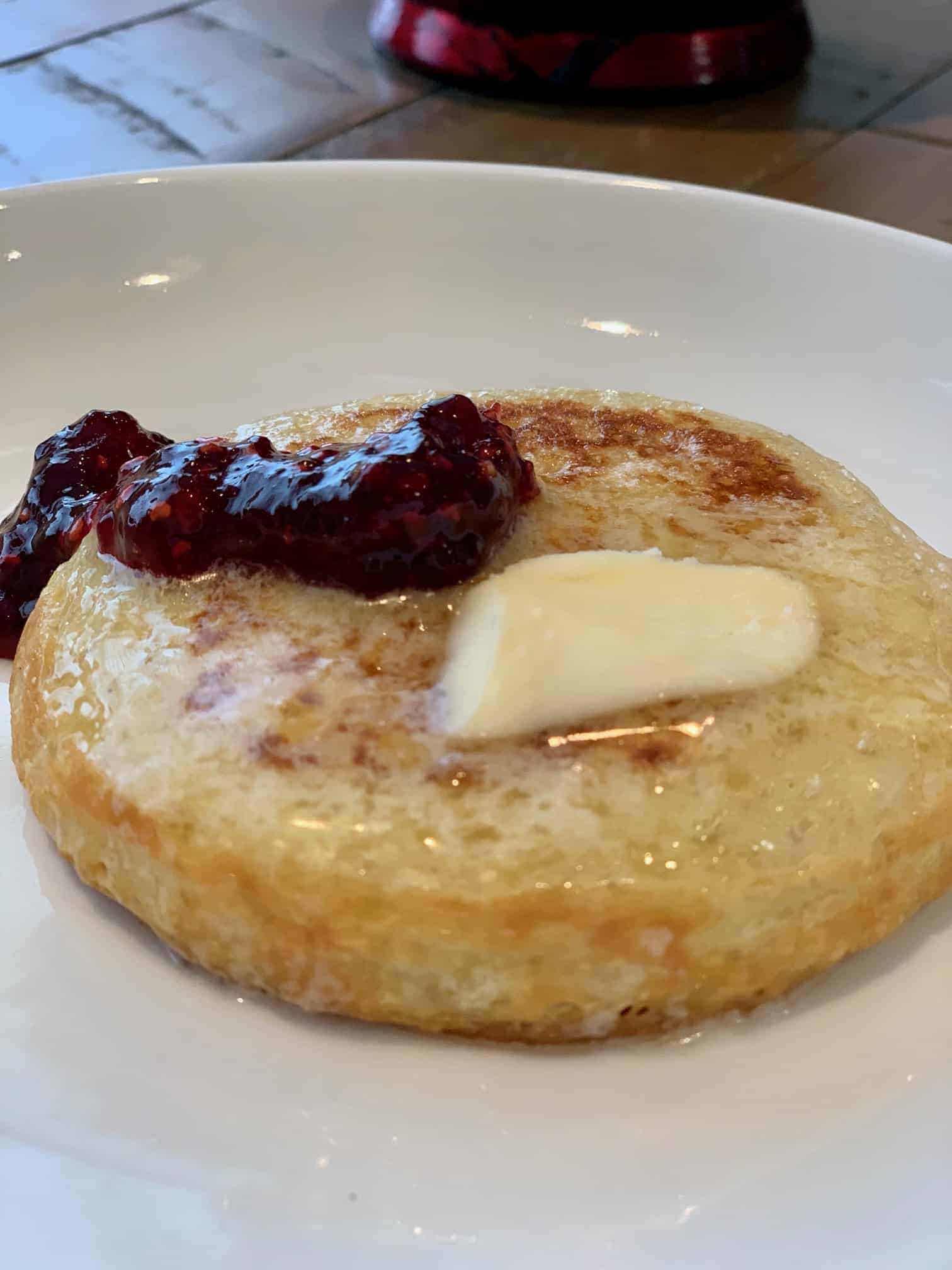 British Crumpets to Die For! 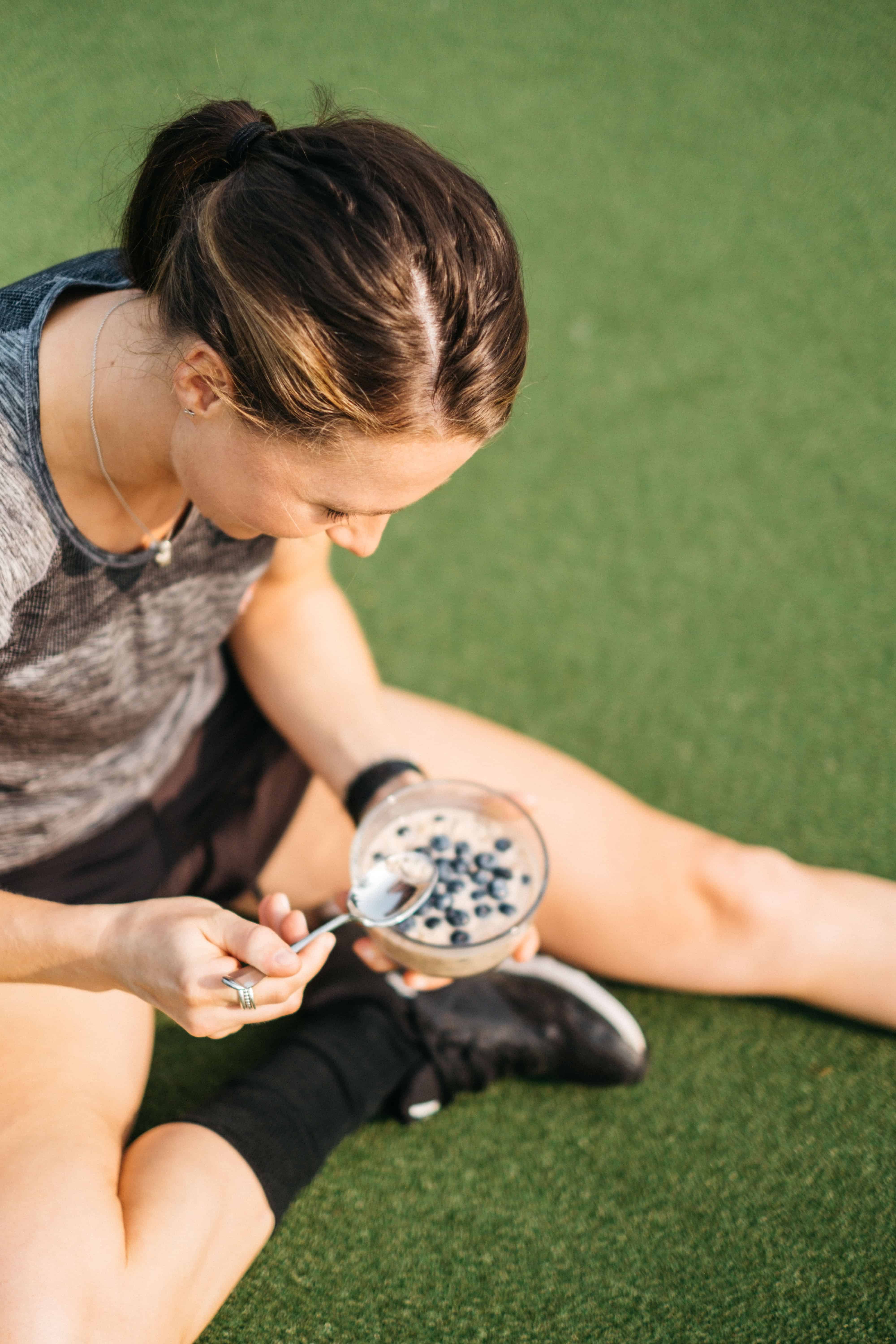 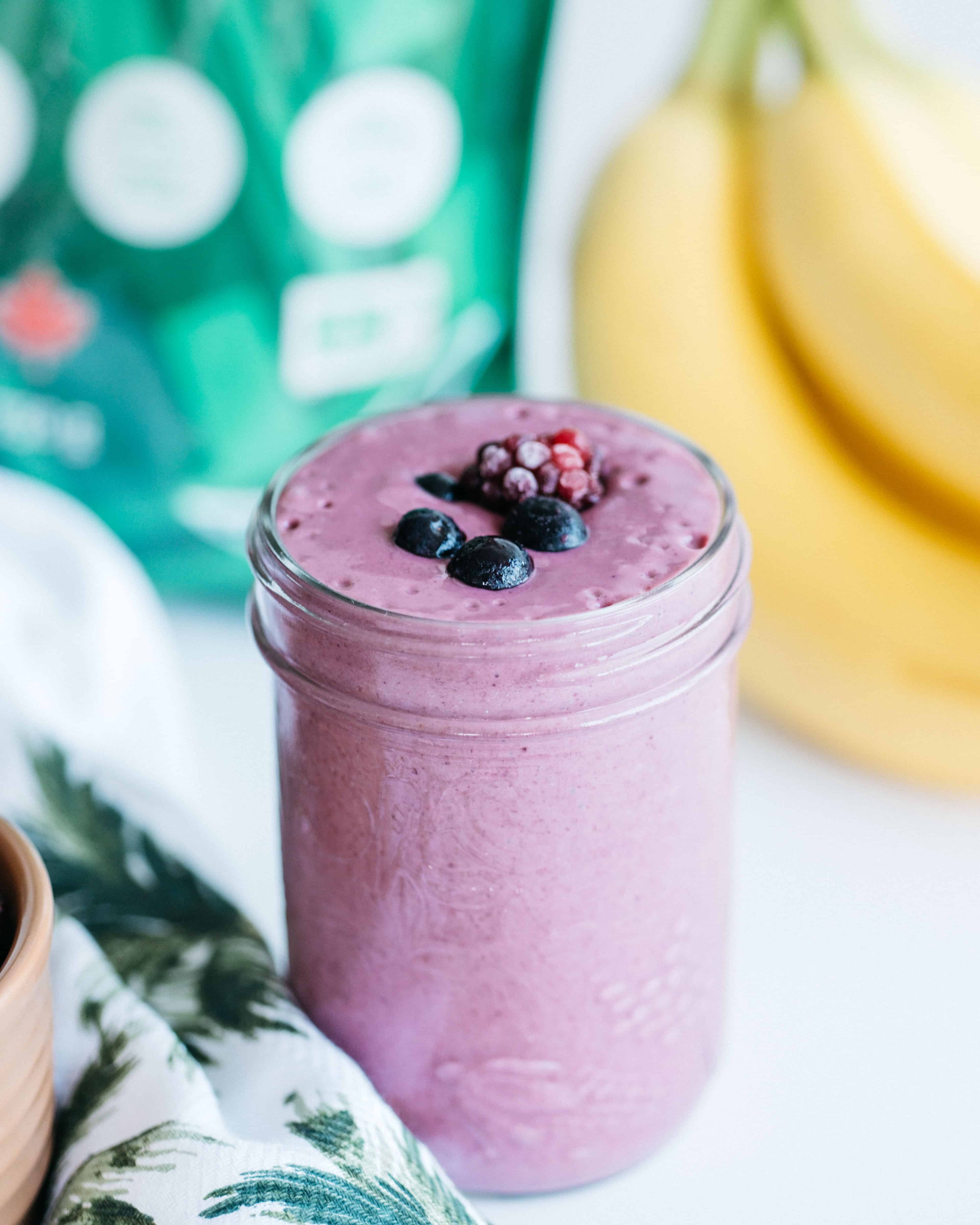 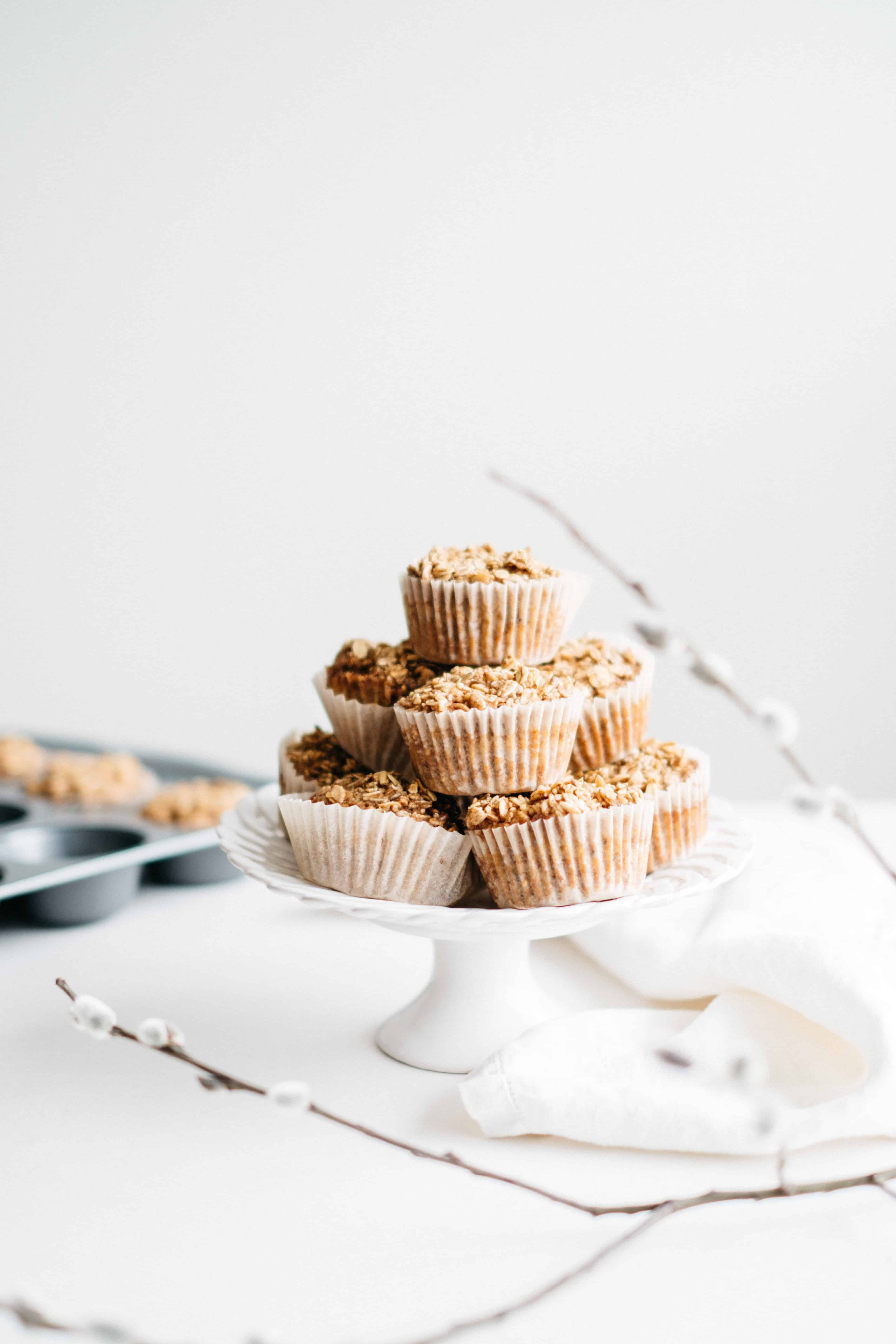 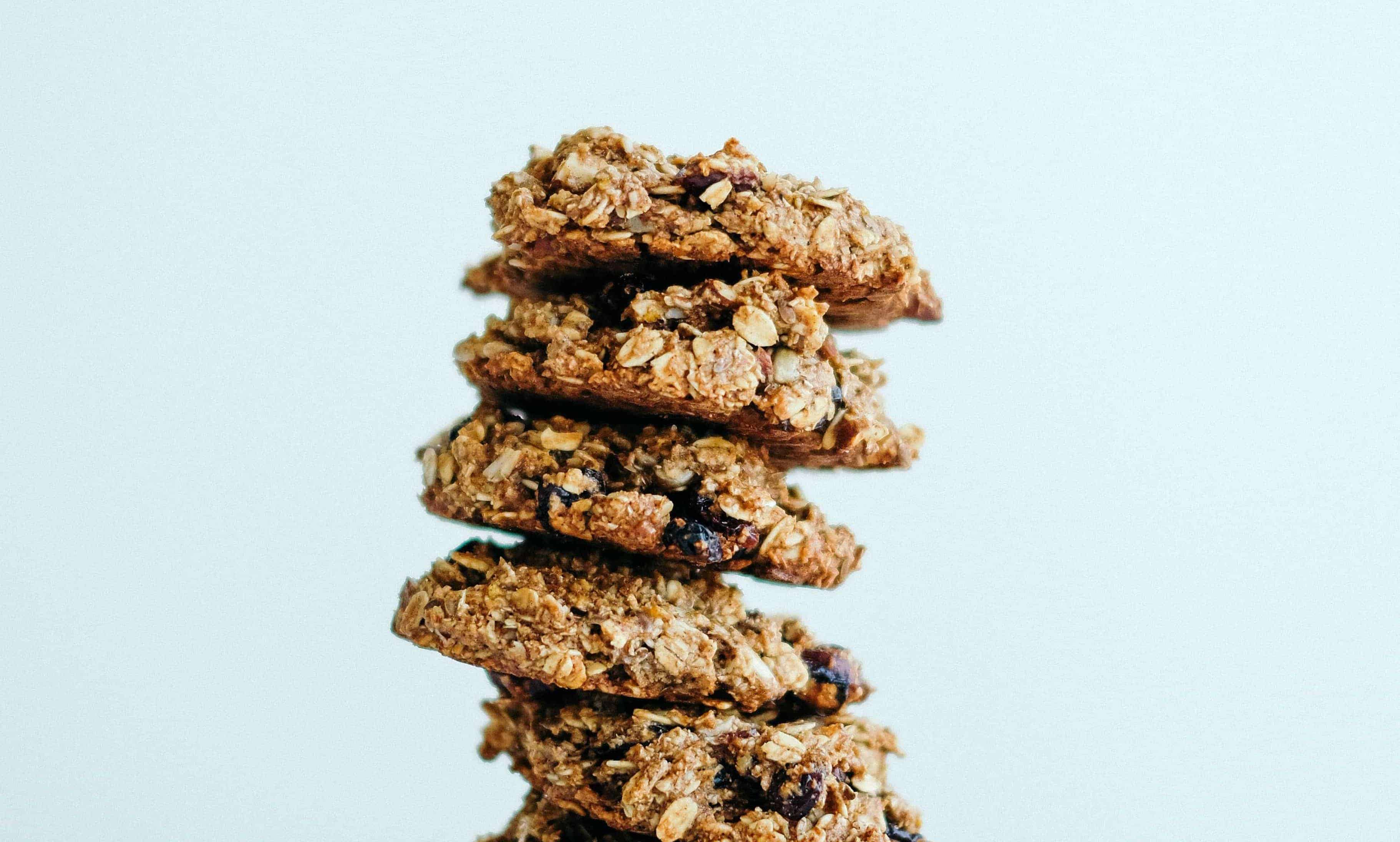 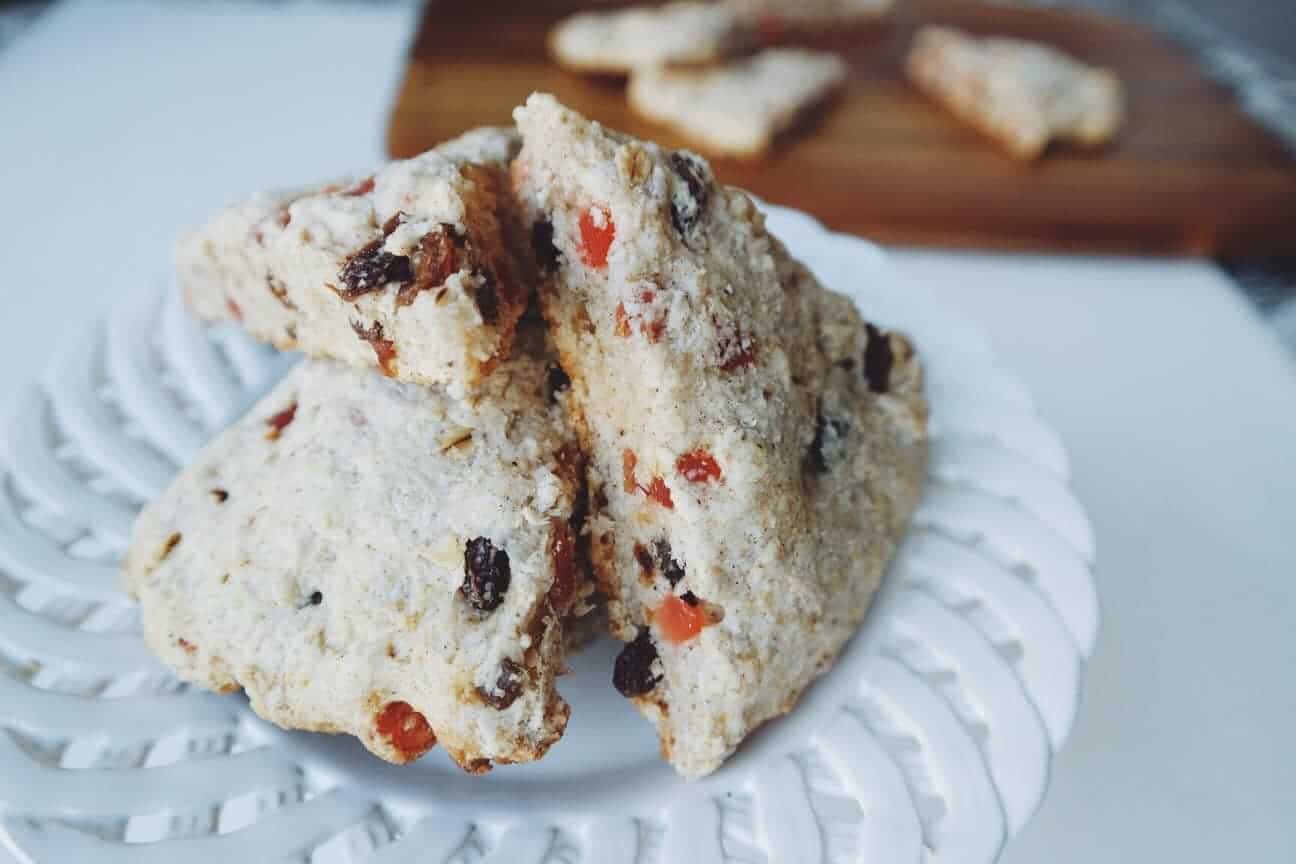 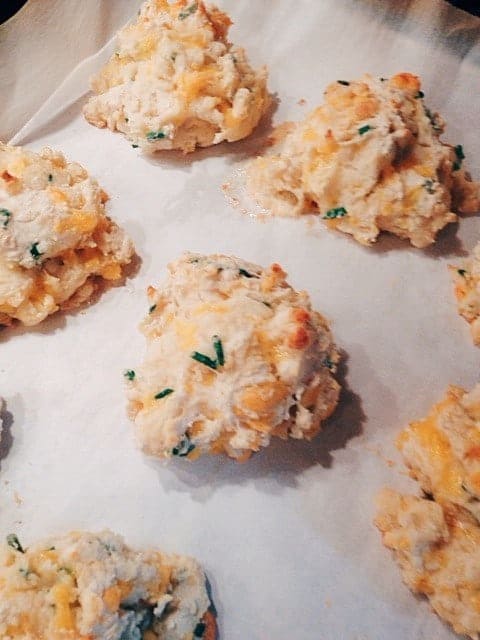 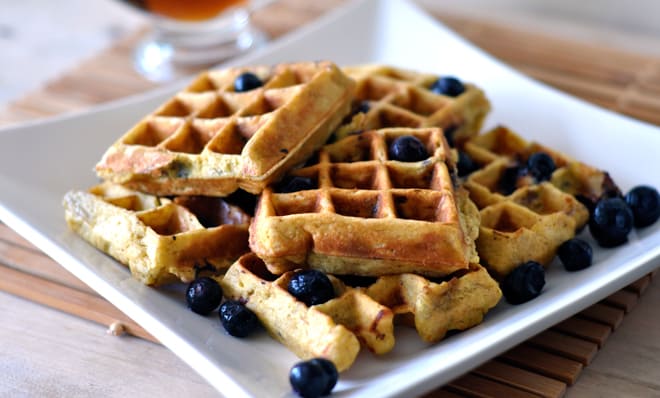 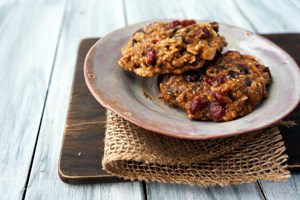 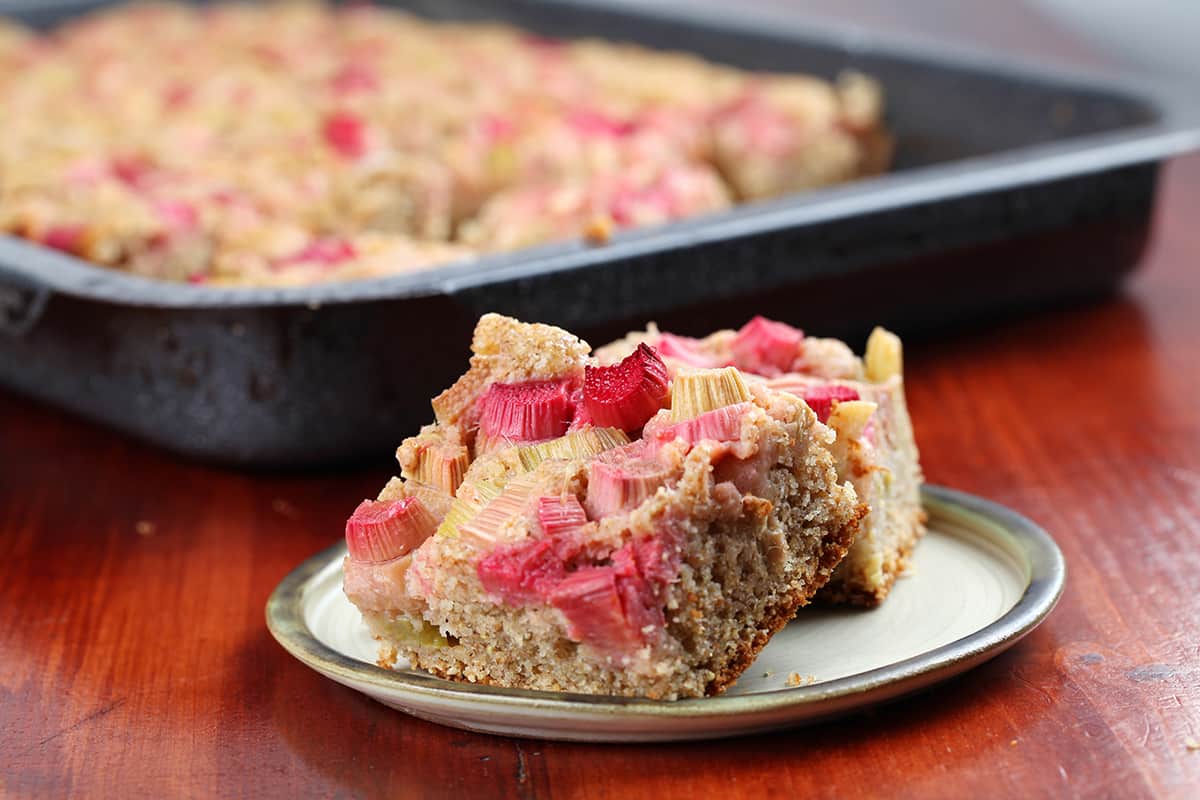 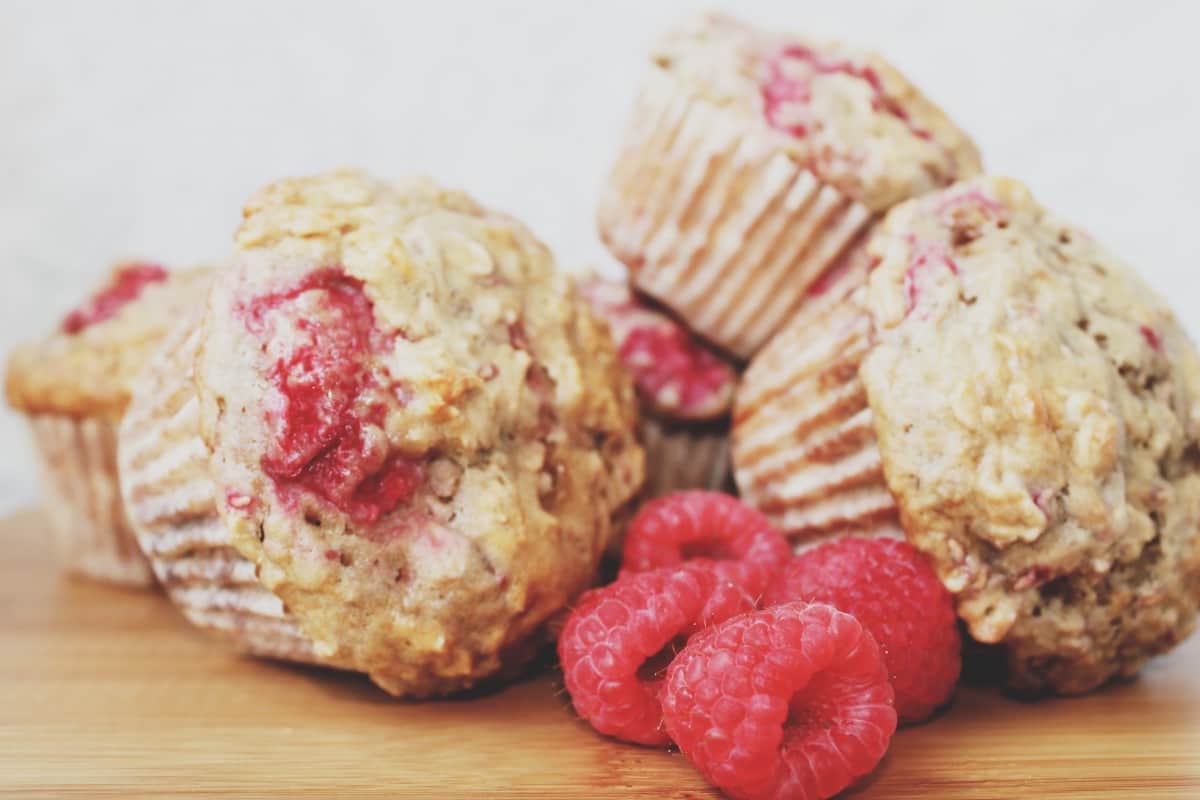 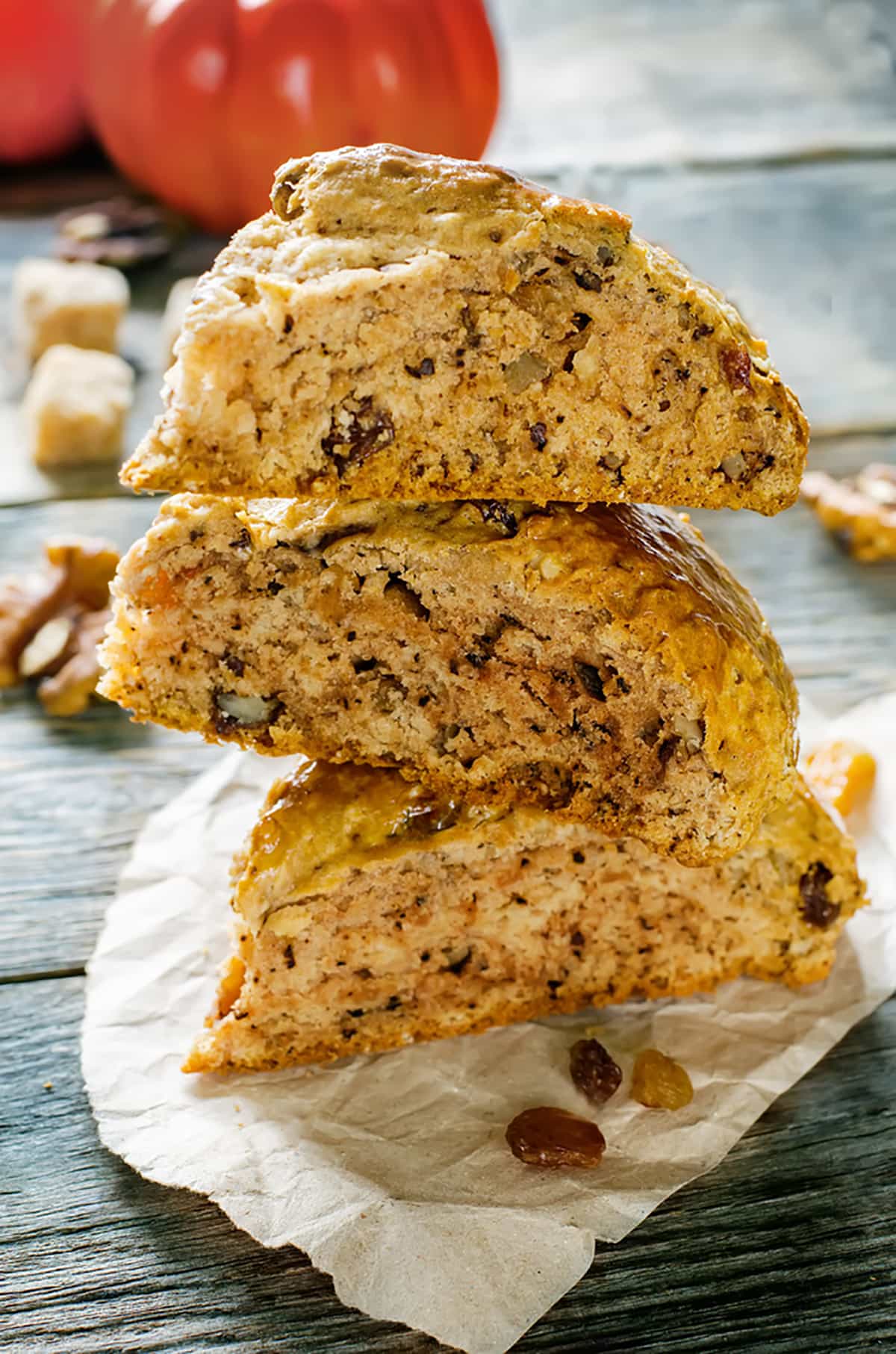 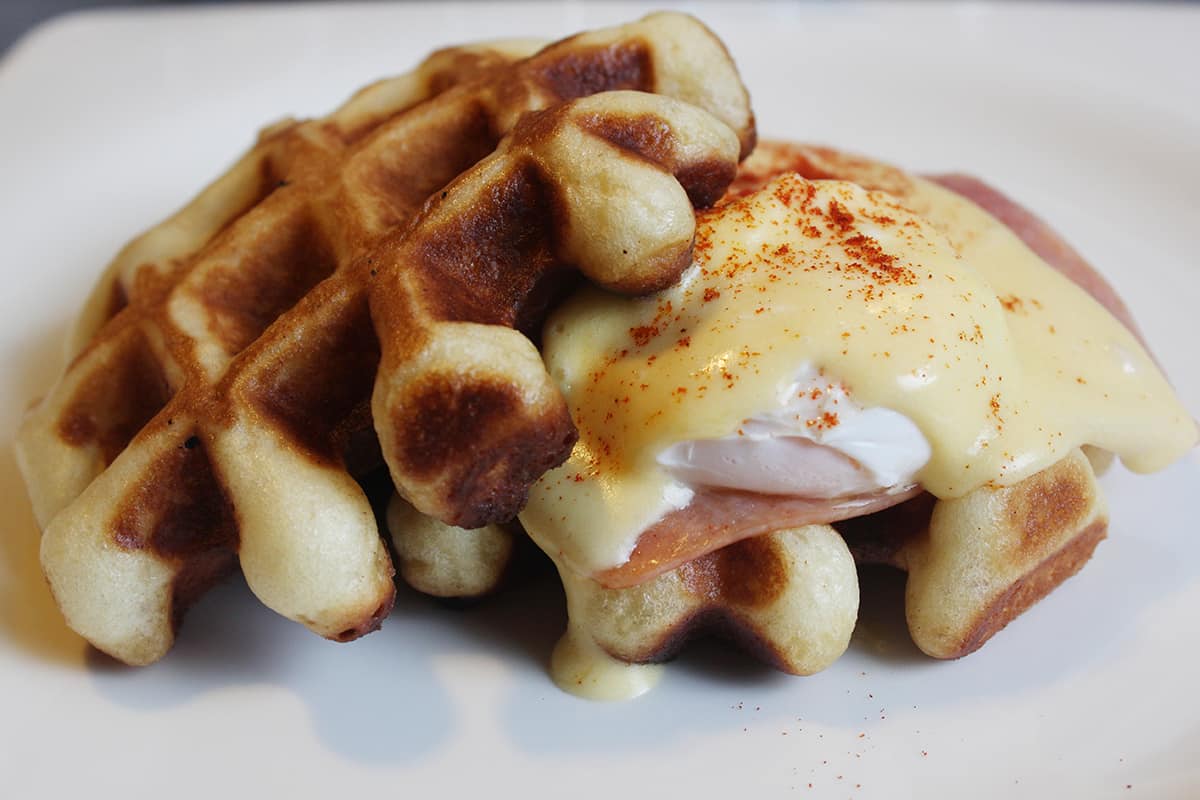 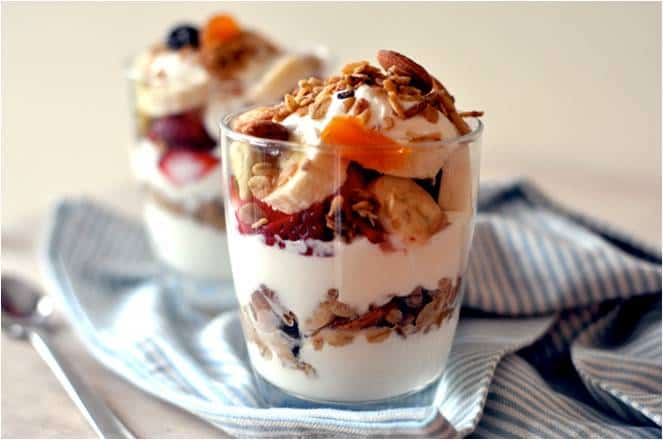 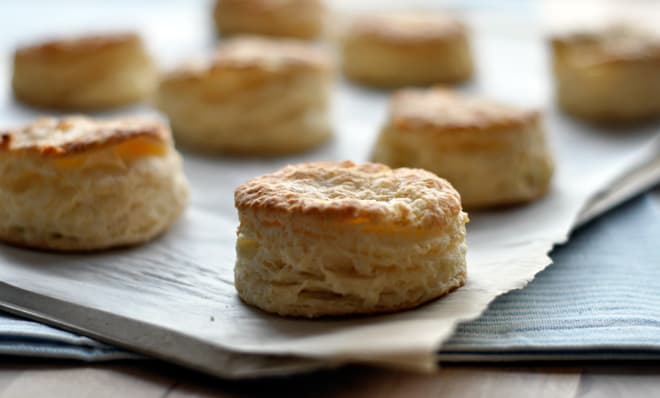 Thank you for enquiring about Rogers Foods products. The decision to carry certain products is made by the grocery store not Rogers Foods. If the product you are looking for is not on the shelf ask the store manager for assistance. The store may have the ability to order the item in for you. Please also consider using the grocer’s online website.